Seasons in India aren’t as pronounced as in the America or Europe.Though, we do have the Monsoons and the scorching summers to boast about !!

Now,its officially Winter – In some places, winters can be quite harsh and mild in others. But what is common mostly are the drying branches and the thick fog or mist enveloping the morning air .

This time of the year also heralds the North East monsoons , as the name suggests mainly on the East Coast, bringing to life gushing waterfalls and green vegetation. 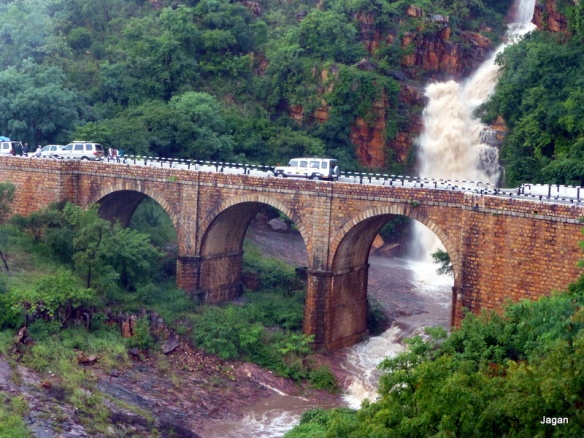 The Daily Post’s challenge for the week is ‘ Changing Seasons’.

A warm salubrious breeze ruffles our hair gently. A  hazy group of  men sit on the rocks; a young family test the waters, pondering if they should get in. No hawkers, No crowds. Except for the sound of the sea, it’s pretty quiet. The sky is grey, almost colourless, only the golden glow on the waters hinting at a sunset. A sunset here turning into a sunrise elsewhere.

As we walk towards the water, there is a sudden impulse to let go, further impelled by the excited children who jump right in. The water is warm and muddy and as our toes start to sink into the wet, soft sand; a familiar feeling sinks in, like having met a long lost friend.

A heap of shells, some whole and some broken, just like our dreams and hopes, lay washed up on the shore. Time seems to stop here as footprints of the past and present merge together. Yet, the continuous rush of the restless waves- waves that can be gentle and caressing or cold and unforgiving remind us that time is unstoppable. 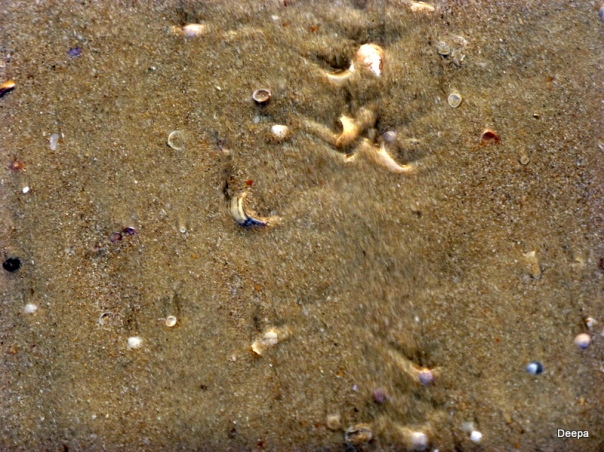 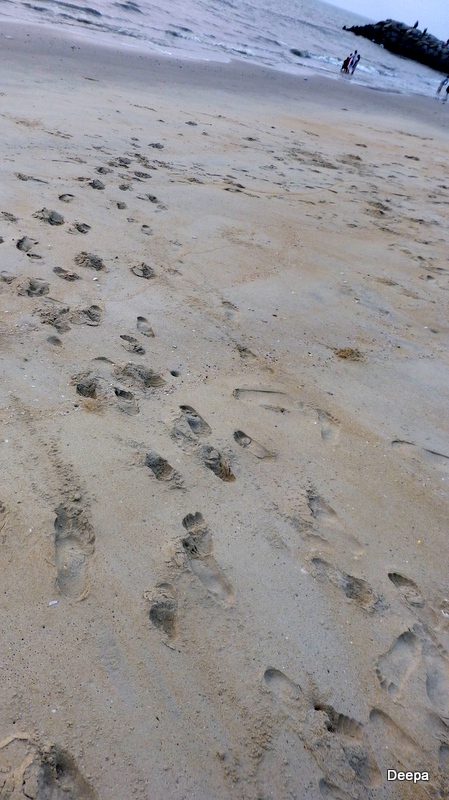 And as time beckons us to continue on our journey of life and routine, we hope to return someday to the eternal, everlasting, and timeless beauty of another beach, another sunset. 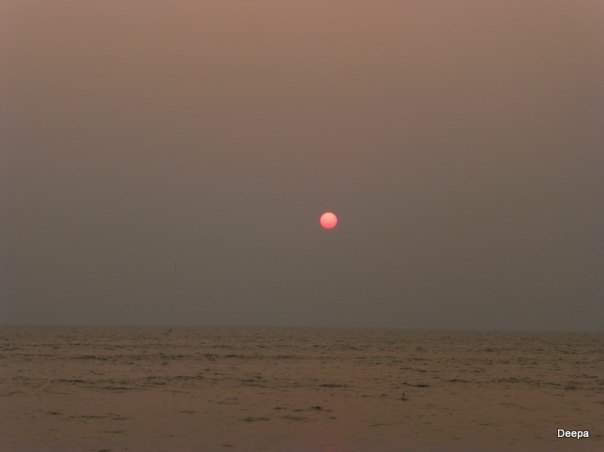 Renewing our minds and soul at the beach..

The Daily Post’s photo challenge for the week is Renewal. My first entry was here.

To cherish what remains of the Earth and to foster its  renewal is our only legitimate hope of survival.-Wendell Berry 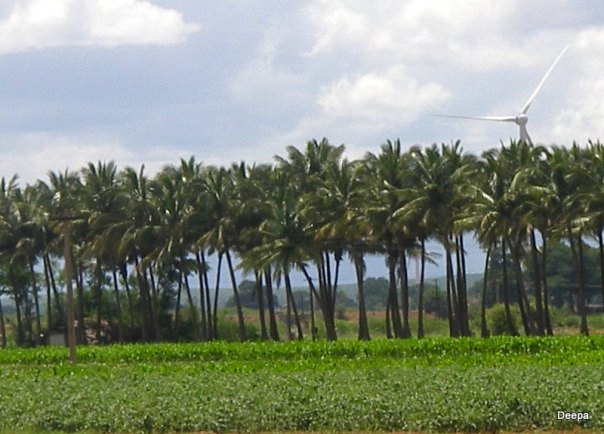 The city of Shravanabelagola, about 150 kms from Bangalore, is home to one of the world’s largest monolithic statues. The 57 foot statue of Bahubali (one of the 7 wonders of India), a Jain ascetic,carved out of a single granite block in the 10th century, stands on the Vindhyagiri hill, about 430 ft above the ground.

According to legend, the 2 brothers Bharat and Bahubali (Bahu –arms, bali – strength) sons of a great King, Rishaba, once had a personal contest – a fight for land and power. During the fight, Bahubali suddenly realised the foolishness and futility of the contest and decided to give up his kingdom for ascetic life.

He meditated for months, unmindful of the vines and ant hills growing on him and finally attained salvation.He then began teaching the path to righteousness and is worshipped even today as a siddha, a saint who overcame the human foibles of pride, greed and anger.

Monks belonging to a certain sect of Jainism give up all worldly possessions, including clothes. In keeping with this culture, the saint is shown here in the nude.

The pond, after which the city is named – belagola  meaning white pond. (Though its no longer white!)

The Jain temple at the foot of the hill. 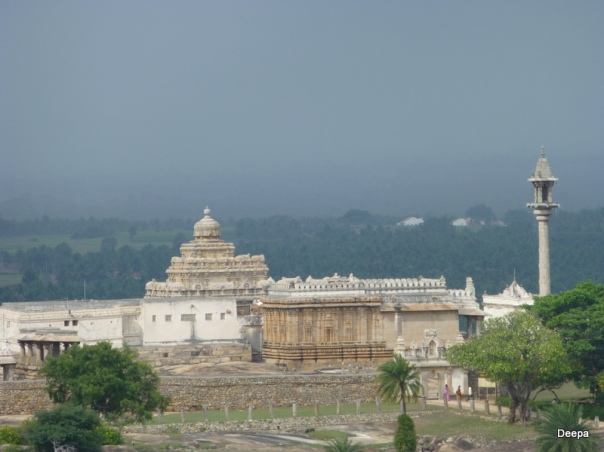 Halfway up. We had to pause to catch our breath! 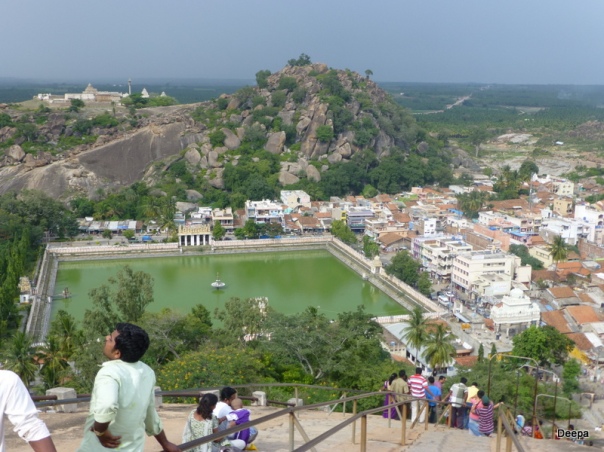 Tyagada kambha – An open pavilion with a central carved pillar 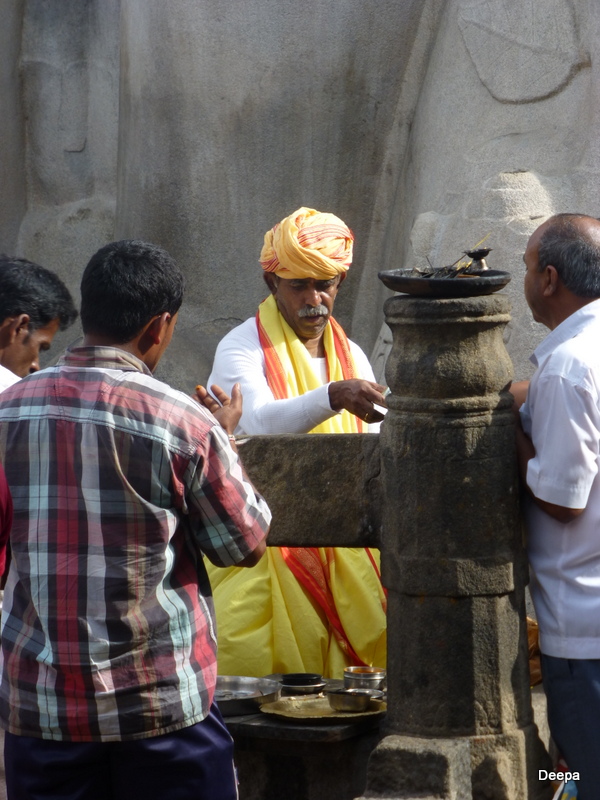 Everyone loves a good road trip once in a while! Wind in the hair; sun in the eyes, maybe some dust too; engine at full throttle; listening to ‘highway to hell’!!

There are movies dedicated to road trips (Thelma and Louise and Road trip) and road trippers too who pursue the hobby very seriously.

My road trips haven’t really been road trips in the true sense, more a method of travel to get to a destination. I’ve travelled by road in many countries, but the most memorable ones have been here in India.

My earliest memory of a road trip was as a child of 10 or 12, travelling with my father’s extended family to the temple town of Tirumala for a wedding. The drive through 7 hills with hair-pin bends , steep roads and deep gorges on one side was a challenge for even an experienced driver. Halfway up, it started raining cats and dogs and visibility reduced to almost zero. The driver continued driving; the relatives started chanting bhajans (prayers). Whether it was divine intervention or the driver’s acumen, we reached the summit in one piece!

Delhi to Dharamshala  was another eventful , never-ending journey with 2 flat tyres and an un-cooperative driver intent on driving way below the speed limit. The only  consolation  was that the extra hours helped to catch up with old friends with beer and tandoori chicken!

Others trips were memorable for their scenic landscape, such as Ladakh for its stark mountain ranges and steep winding roads; Rajasthan for the dry, sandy and rugged topography.  Our recent trip to Chikmagalur was also dotted with some lovely rustic scenery.

Driving on Indian highways requires more than just admirable driving skills. You will encounter partly constructed or non-existent roads, dodge villagers, chickens and goats trying to cross the highway (not their fault if the highway cuts right through the village!) and mistake a single beam of light for an oncoming bike(more likely to happen when there is no separation between traffic going in opposite directions) which in reality will be a speeding truck , probably carrying unsuspecting animals.

Geometry. This challenge is about the shapes and rhythms that make up the geometry of our world.

Inlay patterns at Sikandra, Agra, tomb of King Akbar .(picture clicked by my son on a school trip) 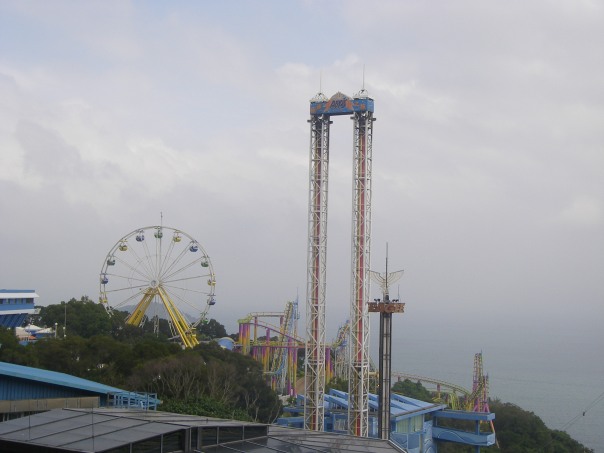 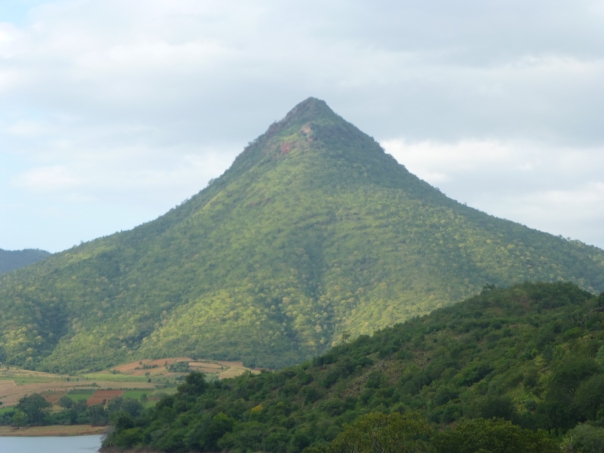 You can see other entries on “Geometry” here.

On our holiday last week, we stopped enroute at my husband’s ancestral village. His forefathers and for a brief time, his father too had lived there. But with the entire family having embraced city life, there weren’t any family members living there anymore. The only connection remains the custom of taking the village name as the middle or last name and the occasional visit to pay respects to the family diety.

There was an unexpected crowd at the temple and we had to wait a while before we could pay our obesainces. Finally, as we were coming out of the temple premises , we heard the loud beating of drums and here’s what we saw: 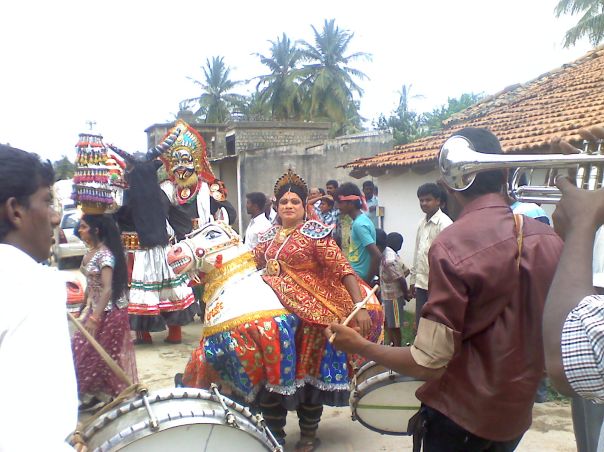 It was a village festival! My husband and I pulled out our cameras and videocams , quite surprised and fascinated. There were people dressed up in colorful costumes , some wearing masks, people and children dancing and even an Elephant! I gathered that the villagers were going to install an idol of Ganesha, the elephant-God and the entire village had got together to celebrate the event.

We were thrilled that we had some unique memories to take back with us, especially since this visit was long overdue. Afterall, its not everyday that we get to be a part of our ancestral village celebration!

We recently vacationed in the charming hills of  Chikmaglur, the birth place of coffee in India. According to legend, the first coffee plant was grown here with the seven seeds brought from West Asia by a Sufi saint, Baba Buden. There are several coffee plantations – some small; some big, each owned by individuals. We were taken to one of these estates for a plantation tour  . While I had visited a coffee plantation before, what made this special was that we got to meet the owners, 6th generation planters and  a tour of their beautiful 400 year old house.

As we entered  the 100 acre estate, our eyes fell on an ornate 400 year old chariot, lying unused and blackened with dust. The house was built in typical South Indian style with a coutryard, elegantly decorated with many artefacts such as terracota musicians , an antique vermicilli press, antique crib, and rows of colorful flowers. There was a lovely water tank in the backyard that reminded me of the temple kalyanis. Besides coffee, chilli, silver oak, pepper and oranges were also grown there. 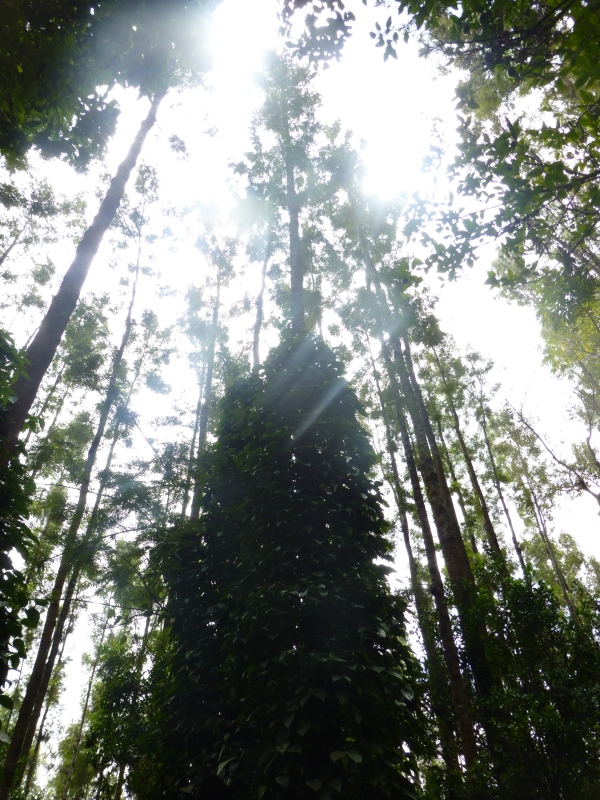 This week ‘s photo challenge from the Daily post is ‘silhouette’. Trying not to repeat the pictures posted before . 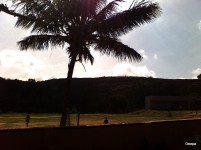